No items in cart

An interview with Peter Kranz and Alexis Ballis.

There are over 600 different species of wild bees, explains Dr. Peter Rosenkranz, director of the State Institute of Apiculture, University of Hohenheim. Thanks to the beekeepers the honeybee populations are easier to detect. If honeybees are dying, this is great indictor that other insects are threatened.

Insecticides are not the reason says Alexis Ballis, technical advisor for Apiculture Chamber of Agriculture of Alsace region. But especially a form of pesticides made in the European Union. This pesticide is getting closely looked at research center in France and the results are now available. Peter Rosenkranz and Alexis Ballis have been recently interviewed to discuss the effects of the pesticides. 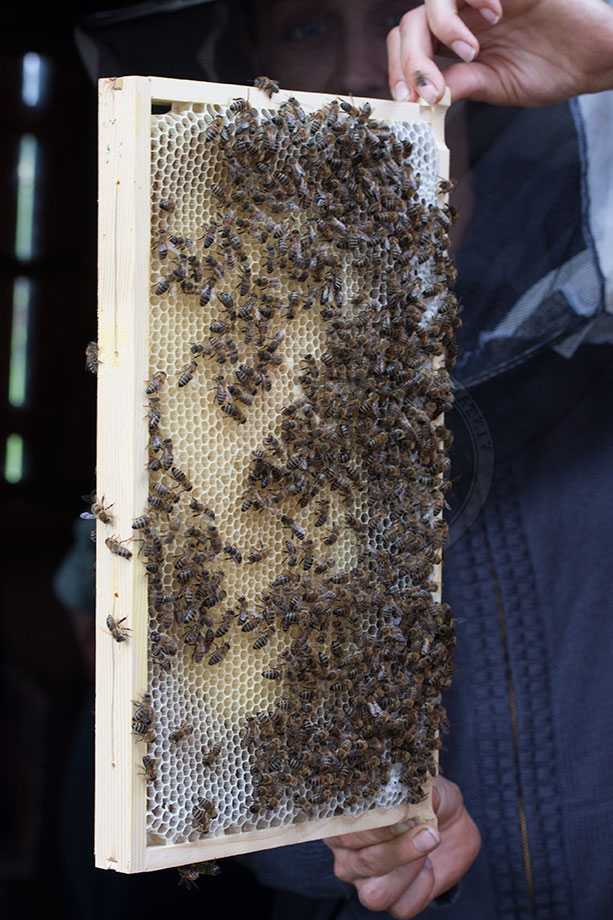 What impact can neonicotinoids have on bees?

There are two things to consider. For one, some of these neonicotinoids are already in small doses toxic to honeybees, and probably toxic to other bees as well. These are nerve poisons. This means, the poison is under the lethal level of concentration. The bees are not being killed directly but rather having problems with orientation and behavior change. This is not the case for all neonicotinoids. The focus is on three main candidates from this group that are among the bee poison substances that are currently in insecticides. These are the substances that have been banned at the moment in the European Union because people want to know the negative impacts these chemicals have on bumble bees and solitary bees says Peter Rosenkranz.

Have you been able to observe in recent years increased death in the bee colonies?

Not really. For example, this winter, we found 7% loss in bees throughout the region of Alsace. This is less than the annual average of 10%. The losses can be up to 20% to 30% depending on the year. The beekeepers compensate by breeding more bees says Alex Balils. 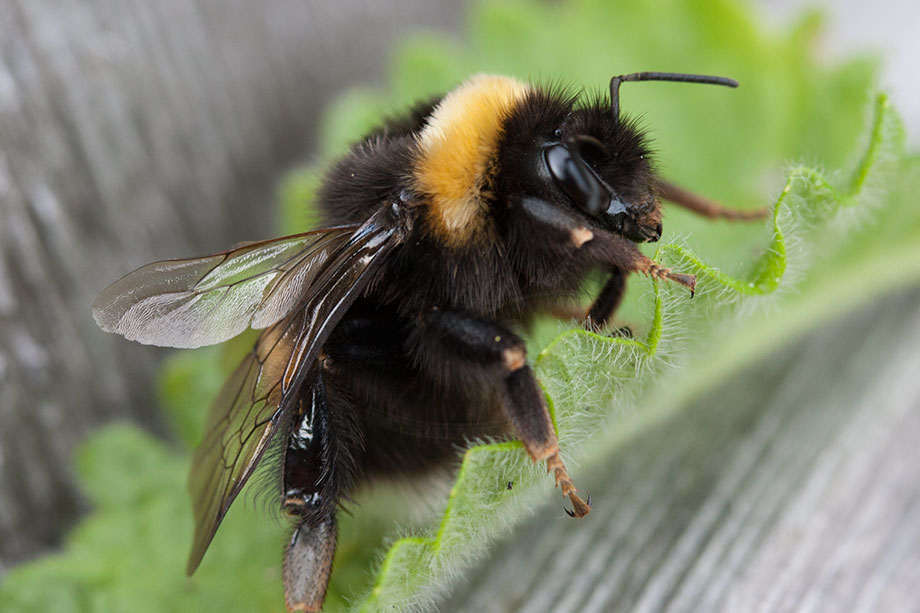 Neonicotinoids affect not only honey bees. What other insects still suffering from pesticides?

Why is there primarily data to honey bees?

Honeybees are naturally quite well recognized, because we have almost no wild bees in Germany. Nearly 95 percent of the honeybee population are in the beekeepers hands. Since the beekeepers are generally reported in Germany, we can track them very well including how the honeybees evolve throughout the years. One can imagine that bumblebees and solitary bees in open landscape are quite difficult to capture any data about these insects. There is some data from my colleagues from the Netherlands and England. They have been collecting this local data over decades now. This data shows that certain species have a dramatic loss in population, certain species disappear in certain areas -- but these happenings could be taking place for many reasons says Peter Rosenkranz.

What are other reasons for the death of bee colonies?

One can distinguish three factors. The first factor is the depletion of their habitat: Some plants do not grow or hardly grow in areas where bees settle. Seconly, there are more and more diseases caused by parasites, viruses and bacteria. In France, we are faced with the spread of the varroa mite, a parasite from Asia, for about thirty years now. She is public enemy No. 1 of the bee. The Varroa mite spreads out into all regions of France and exacerbates the problem. The last reason is closet related to beekeeping itself, bees die due to human error. This argument was especially highlighted by the plant pharmaceutical companies and it is true that beekeepers wear a lot of responsibility when they, for example, can have their bees over winter without being sufficiently equipped to deal with the Varroa mite says Alex Ballis.

Why is the use of neonicotinoids not equivalent to the bees dying?

One problem is that the bee deaths under most things are understood. Most people see the honeybee. One must ask whether it comes down to that one bee which is hardly unavoidable. For example when mowing the lawn and other activities. A hive has 30,000 bees in the summer. If 100 bees die, this is something not greatly affected by the bee colony. With bumblebees and solitary bees, this is completely different. It comes down to the fact that the beekeepers are primary responsible for whether the colony survives or not. Other reasons can mean, bad food supply, be it the use of pesticides. A beekeeper can also feed the bees and treat them against diseases but the colony can die off due to disease because of a hard winter. It is difficult to balance this factor out but reducing the neonicotinoids is one says Peter Rosenkranz.

How responsible is the beekeeper for the health of his bees?

A beekeeper must foresee risk factors that could jeopardize his bees: bad weather combined with bacteria makes the bee very susceptible to other factors. Lately more and more individual people have grown interest for bees. In more private gardens beehives have been placed to save the bees. I do not believe people will be able to adopt bees like a dog without having professional beekeepers knowledge. This is risking to promote the development of bacteria and viruses, which then infests other hives in the long run says Alexis Ballis.

What impacts do dying insects have on the ecosystem?

We have been discussing this already throughout the world for 10 to 15 years, that we have very big problems with the decline of pollinators. So pollinators are honeybees now of course and have a very special role, but not only honeybees -- wild bees, hover-flies, including some beetles and butterflies. That is, as a whole, the pollinators are important for agriculture and wild plants, those are proven to become less. In the tropics the destruction of the rain forests are also a cause for loss of habitat. Meaning that not only pesticides are responsible but also the loss of habitat. Resulting in less biomass and less wild plants. This also means less food sources for other animals, such as birds and small mammals. In agriculture, we can sort of balance this out through honeybees, by placing bees directly near crops. A dramatic example is the Almond production in California, where there are twice as many bee colonies than the entire country of Germany. These honeybees are being solely used for pollination of almond trees. Naturally, that is not a solution. Therefore, there should be interest in the protection of insects and a increase in biodiversity -- from an ecological standpoint and perspective says Peter Rosenkranz.

A look at the world without bees