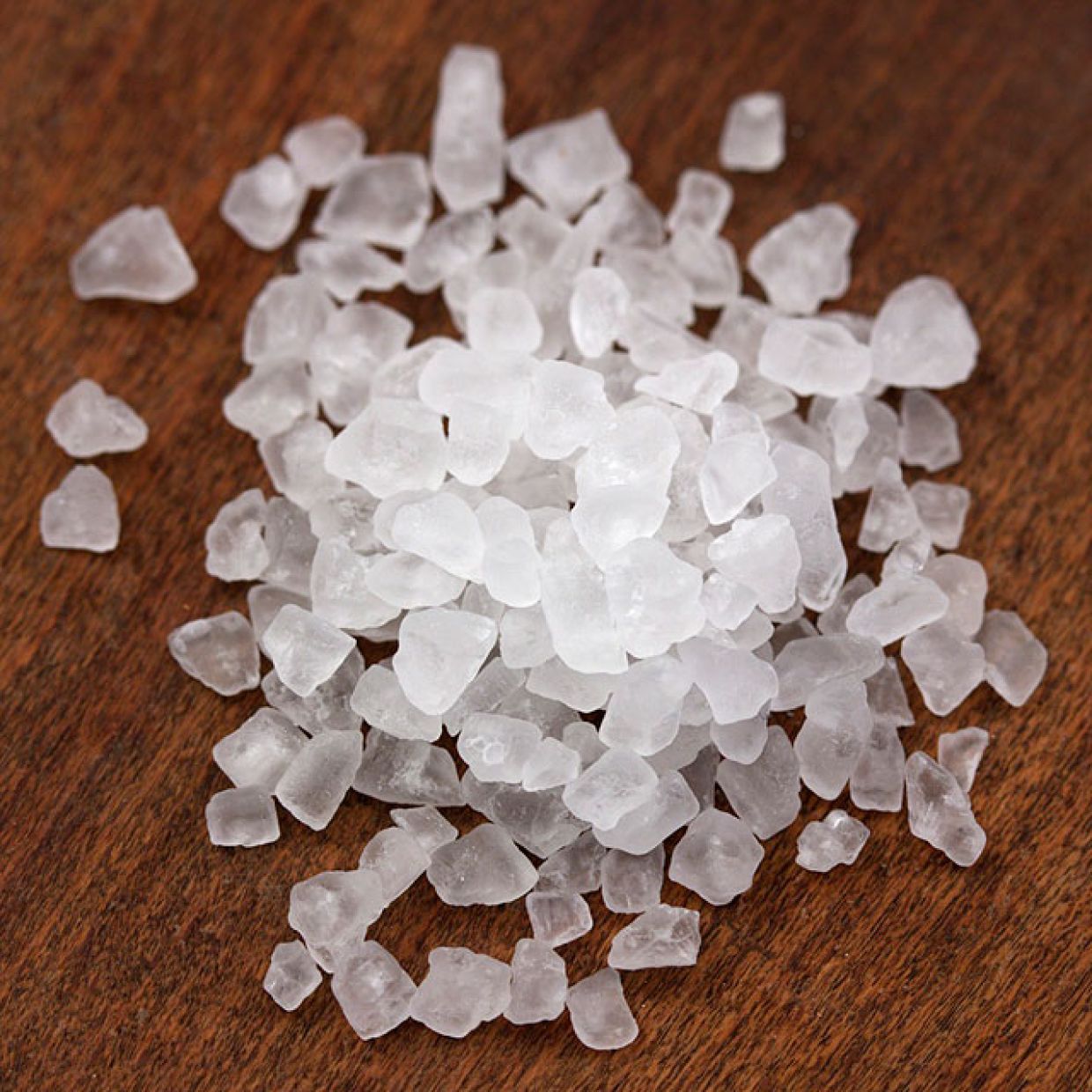 The difference between Table Salt, Cooking salt, and Rock Salt.

We just started carrying Rock Salt for our customers who are interested and also for conscious eaters like myself and Thomas. We have been using rock salt for a couples years now. If you are pondering what the taste is, well, it taste like salt.

There is no difference in taste other than if your salt is marinated. Like our teas, the salt is coming from our farmer who is located in the same Flachgau region in Austria. GMO is not allowed in Austria as this is a very important factor.

The herbs used in our Herb Salt are organic and grown by the moon.

What is the difference between rock salt, table salt or cooking salt?

Rock salt is a gift from nature. Types of rock salt include:

The huge salt deposits dating back from the Zechstein (280 - 220 million years) are the best qualities due to less environmental influences. Ursalz in its natural state consists of 84 chemical elements, 42 organically measurable, and 42 only bioenergetically measurable. These elements are the building blocks of all life on our planet. Our body fluids contain the same salts as a 1% brine solution.

Cooking salt is what most of us are familiar with. Industrially produced table or cooking salt has long been a cheap mass product and is used primarily for the chemical industry to produce pure sodium chloride. Only a small proportion of world-wide production of salt is intended for consumers. Most of the salt production involves chemically cleaning, refining and with all kinds of additives such as anti-caking agents and preservatives provided.

Artificially fed iodine is a foreign substance for the human body (toxin) as iodine in nature never occurs isolated. Therefore, artificially iodized salt can not prevent iodine deficiency, but by the uptake of iodine-containing foods (fish, algae, ..) which are naturally available for the human body.

Excess salt, which affects the body

Due to the many "hidden" table salt encounters, as they occur in seasoning or preservatives, our body is usually overwhelmed with the daily dose of sodium chloride. A vicious circle begins, as the body uses its vital cells water. Dehydrated body cells die and water tissue is formed. When the NaCl content is still too high, crystallization of salt begins in the bones and joints. Rheumatic diseases, but also kidney, gall stone formation, and calcification can be attributed to the combination of uric acid and sodium chloride.